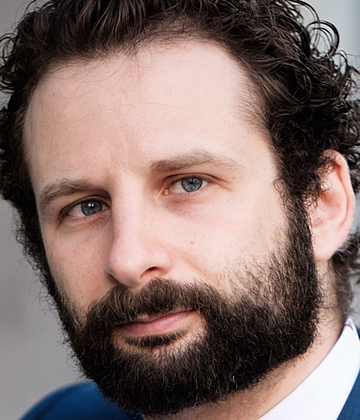 The Russian violinist Ilya Gringolts wins over audiences with his extremely virtuosic playing and sensitive interpretations, and is always looking for new musical challenges. As a sought-after soloist, he devotes himself to the great orchestral repertoire but also to contemporary and seldom-played works. He has premiered compositions by Peter Maxwell Davies, Christophe Bertrand and Michael Jarrell and is interested in historical performance practice as well.

Ilya Gringolts has performed with leading orchestras around the world, such as the St. Petersburg Philharmonic, Chicago Symphony, London Philharmonic, BBC Symphony, NHK Symphony, Bavarian Radio Symphony and Warsaw Philharmonic amongst others, and been invited to prestigious halls including the Berliner Philharmonie, Wigmore Hall, or the Concertgebouw Amsterdam to name but a few.

As a keen chamber musician, Ilya Gringolts collaborates with artists such as Yuri Bashmet, David Kadouch, Itamar Golan, Peter Laul, Aleksandar Madzar, Nicolas Altstaedt, Andreas Ottensamer, Antoine Tamestit and Jörg Widmann. He is also the first violinist of the Gringolts Quartet, which he founded in 2008 and which enjoys great success with performances at the Salzburg Festival, Lucerne Festival, Menuhin Festival Gstaad and Teatro La Fenice in Venice among others.

“Ever since participating in the Menuhin Competition as a twelve-year old boy in 1995 it holds a place in my heart, and it makes me very happy to come back as a jury member for the second time now. I hope this will be an enriching experience for all.”