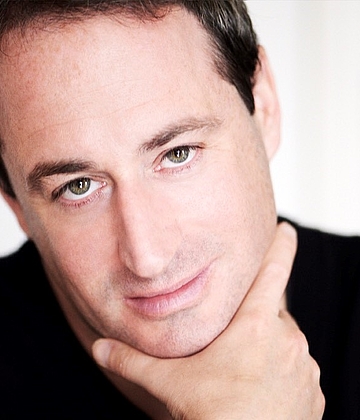 For more than two decades, Itamar Golan has been partnering the most outstanding instrumentalists of our time. His work has brought him great critical acclaim, and he is one of the most sought after pianists of his generation, playing on the most prestigious stages around the world.

Born in Vilnius, Lithuania, his family emigrated to Israel when he was a year old. There he started his musical studies and at the age of seven, and gave his first concerts in Tel-Aviv. Itamar studied with Emmanuel Krasovsky, Chaim Taub and Leonard Shure.

Since his earliest years, Itamar’s passion has been chamber music, but he has also appeared as soloist with some of the major orchestras including the Israel Philharmonic, Berlin Philharmonic, Royal Philharmonic, Orchestra Philharmonica della Scala, Vienna Philharmonic and Philharmonia Orchestra under the direction of Zubin Mehta, Daniele Gatti, Riccardo Muti and Lorin Maazel.

Over the years, Itamar has collaborated with Vadim Repin, Maxim Vengerov, Julian Rachlin, Mischa Maisky, Shlomo Mintz, Ivry Gitlis, Ida Haendel, Kyung Wha Chung, Sharon Kam, Janine Jansen, Martin Frost and Torleif Thedeen among many others. He is a frequent participant in many prestigious international music festivals, such as Salzburg, Verbier, Lucerne, Tanglewood and Ravinia, and has made numerous recordings for labels such as Deutsche Grammophon, Warner Classics, Decca, Teldec, EMI and Sony Classical.

“How important these days to immerse ourselves with all that has to do with the emotions of music, literature and arts. The only form of survival. Salvation. The answer to all that is evil. The young generations should strive for the perfection of beauty. Isn't it what Menuhin fought for? The poetic pacifism of the human soul.”